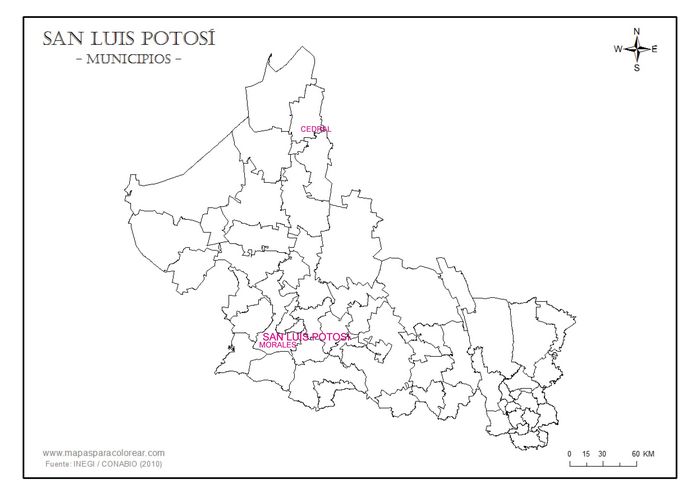 Cedral is a town in the north of the state, 20 kilometres north of Matehuala.

In 1893 it was reported that Luis Bárcena Blanco, administrator of the haciendas de beneficio (smelters) “San Gabriel” and “La Luz,” had introduced the system of paying workers with boletas or vales that the workers had to spend in the “Gran Negociación de la Babuleca”, a store belong to Luis Bárcena Blanco y Compañía. If the workers needed cash, they received only 50% in value.

As a result business in Cedral had dried up, and some citizens had complained to the state governorLa Patria, México, 4 October 1893.

Robert Safford Towne was an empire-builder almost unknown outside mining circles. Born in Ohio in 1858, he received a degree in mining engineering in 1880. Gaining experience in Colorado mining camps, Towne joined the Kansas City Smelting and Refining Company. He established its ore-buying agencies in Sierra Mojada and organized the Mexican Ore Company to buy mines there and in Parral. Towne then helped build the El Paso smelter and the Mexican Northern Railroad, serving as president of the railroad. The El Paso smelter and the Mexican Ore Company were merged with several other units to form the Consolidated Kansas City Smelting and Refining Company. When it joined the American Smelting and Refining Company (ASARCO) in 1899, Towne disposed of his holdings to devote himself exclusively to Mexican affairs.

Towne chartered the Compañía Metalúrgica Mexicana in New Jersey in 1890. He obtained a concession to open five smelters in Mexico but actually built only one plant at Morales, on the outskirts of the city of San Luis Potosí, in 1892. This took advantage of the railroad tapping the mines of Sierra Mojada, the northwest Pacific coast area, and the many mining camps in San Luis Potosí, Aguascalientes, Hidalgo, Guanajuato, and Oaxaca. Although the bulk of the ore came from the Towne-controlled San Pedro mines, the excellent rail connections overcame the distance from other sources of ore, and the smelter prospered.

Towne's interests were very extensive. To supply the smelter and service his neighboring mines, he controlled the Potosí & Rio Verde Railway and Mexican Mineral Railway, as well as the Mexico Northern. His Alvarez Land and Timber Company supplied the needed lumber. To assure a basic ore supply for the smelter he leased mines in the San Pedro district of San Luis Potosí. Towne also held the Veta Rica at Sierra Mojada, which sent about 2,500 tons a month to San Luis Potosí; the Montezuma Lead Company, controlling lead mines in Santa Barbara, Chihuahua; and the rich Sombrerete mines in Zacatecas. With the Mexican Lead Company, the Sombrerete Mining Company had additional holdings in La Noria and Chalchuites, both in Zacatecas. Later Towne acquired the tremendous Proaño Hill in Fresnillo, Zacatecas. He organized the Fresnillo Company and opened a 700-ton cyanide plant to treat the silver ores and the old dumps. To help supply the copper furnaces at San Luis Potosí, Towne held the Cerro Prieto and the adjoining mines at Concepción del Oro, Zacatecas, and the San Pedro and San Pablo mines in Nuevo León. He acquired minor interests in properties in Guachinango, Jalisco, the Urique district of Chihuahua, and a lease on properties in Flojonales, Hidalgo. Towne also headed the Tezuitlan Copper Company in Puebla. When he died in August, 1916, he left an estate appraised at $2,500,000.

The Compañía Metalúrgica Mexicana operated the smelter at Morales, within the city of San Luis Potosí.

In August 1903 the workers at the Compañía Metalúrgica Mexicana went on strike. They claimed that they never received wages in silver but for every three days of work (at three reales a day) were given a boleta valid for a peso’s worth of goods in the tienda de raya (the other real/twelve centavos was deducted for medical expenses). As the tienda’s stock was limited the workers were forced to sell their boletas to middlemen for 75% of their value.

On 9 August 1903 it was reported that the strike was over. The company had stopped the use of tickets or boletos, which effectively meant a pay increaseEl Popular, Mexico, 9 August 1903.