$5 notes of the Banco de Tabasco 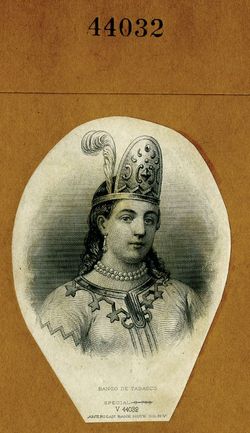 The $5 note has  special vignettes of the coat of arms of Tabasco (C 764) and a portrait of Doña MarinaDoña Marina, more commonly known as La Malinche or Malintzin was a Nahua woman who played a key role in the Spanish conquest of the Aztec Empire, acting as an interpreter, advisor and intermediary for the Spanish conquistador, Hernán Cortés. She was one of 20 women slaves given to the Spaniards by the natives of Tabasco in 1519. Later, she gave birth to Cortés's first son, Martín, who is considered one of the first mestizos (people of mixed European and indigenous American ancestry). (C 763).

The notes had a sequence of control letters that overall spelt out VILAHERMOS and BANCODETVS. These replaced the serial letter on the 1903 issue.