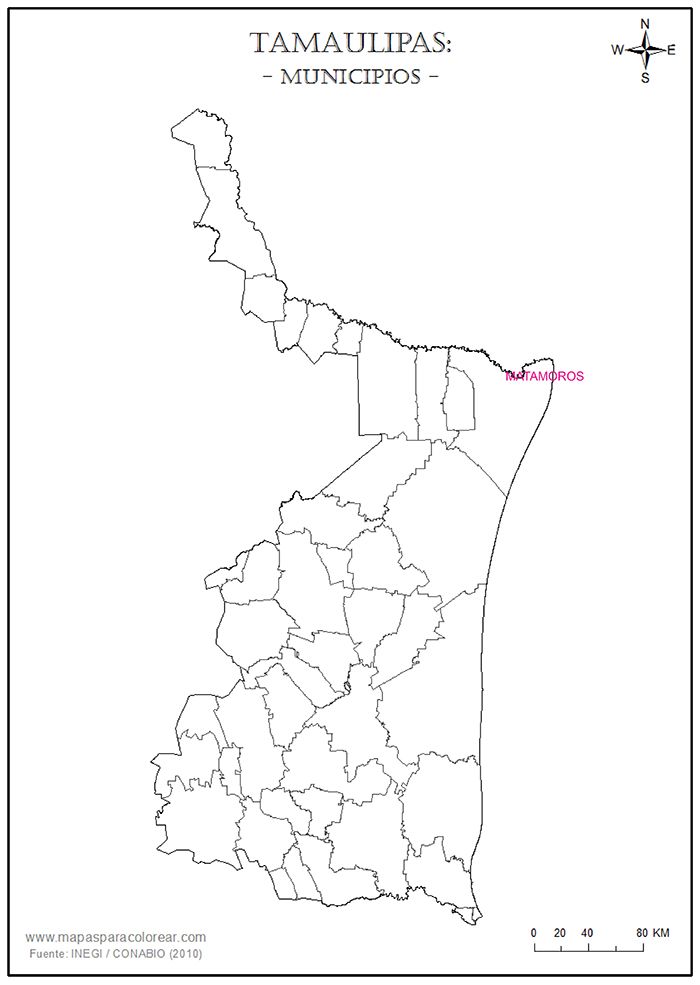 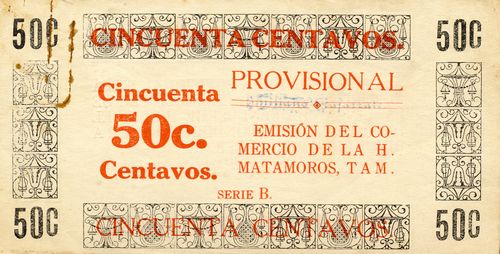 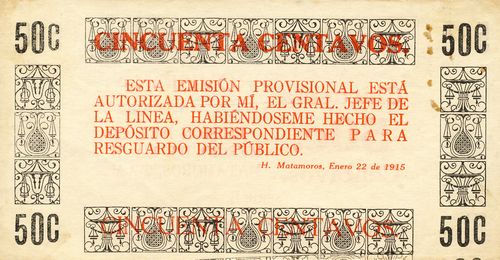 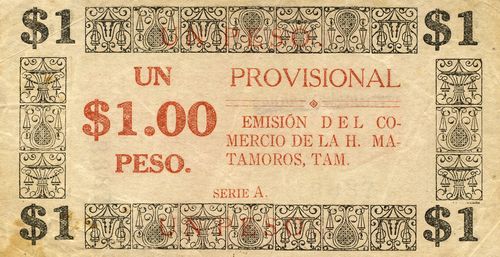 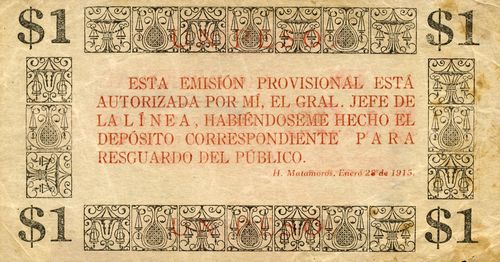 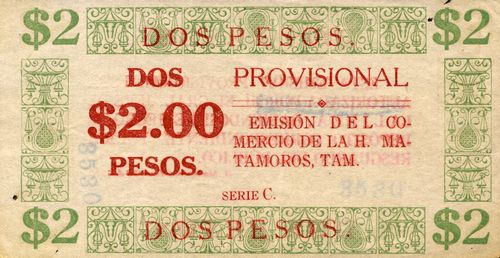 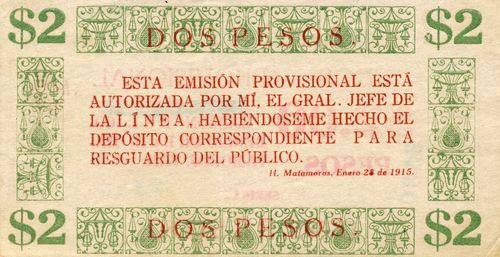 The text on the reverse state that this provisional issue was authorized by the General Jefe de la Linea (Fronteriza). They are known with a facsimile signature of General Emiliano P. Nafarrate. 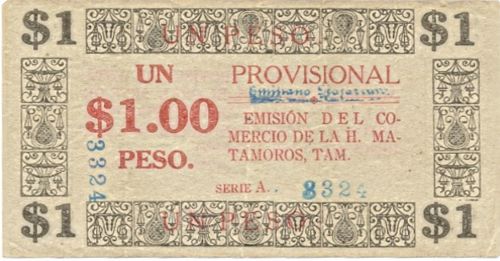 The 50c note is dated 22 January 1915 and the other values 28 January. These will have been issued because of the shortage of small notes. In fact, there is a telegram from General Antonio I. Villarreal in Matamoros to Carranza on the very same day as the 50c note (22 January) stating that $1, $5 and $10 (Gobierno Provisional de México) notes were being hoarded by speculators in the United States, leaving only the $50 and $100 notes, with which it was impossible to pay the troopsAHSDN, exp. XI/481.5/294.

One of the $1 placings had a typo (OORESPONDIENTE for CORRESPONDIENTE) 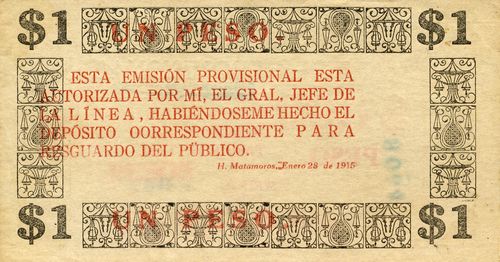