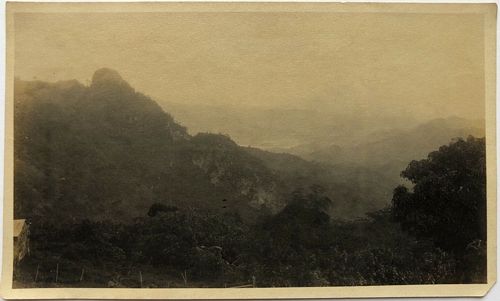 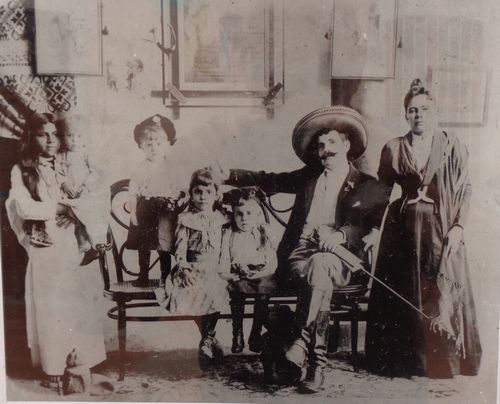 Weatherston issued two sets of notes to make up for the absence of official currency, to be exchanged for banknotes in multiples of five pesos. The text reads “Estos cheques suplen al numerario: por consiguiente sólo serán cambiados por billetes de Banco no menores de cinco pesos”. On some notes with a datestamp from 31 August 1915 “de Banco” is crossed out.

These had the signature of Weatherston, printed on the first set and hand-signed on the second.

and a companion to the first issue, dated 1 July 1914 (so, actually, after the second issue below).

Douglas’ son, also Douglas Weatherston, discussed these issues in an interview as part of the Institute of Texan Cultures’ Oral History Program on 7 March 1984http://digital.utsa.edu/cdm/ref/collection/p15125coll4/id/464 thus:
Esther MacMillan: I'm interested in this money …tell me about this …
Douglas Weatherston: As I was telling you, this money here (showing) was issued by my Dad. In March 1914 . Remember the Marines took Vera Cruz in April '14, a month later. And you see, we are in the state of Vera Cruz. But this money was issued because the peso went down to nothing. So what happened … our plantation was away from town … the people who lived up there, you know, the workmen … they got paid. When they came to town, they got paid with Federal money when the Carranzistas took over. The Federal money wouldn't be any good. So, you see, they couldn't buy anything. And vice versa.
And when Zapata's people came in, Zapata's troops, nobody's money was any good. So the government of Mexico allowed my Dad to issue his money to pay the labor from the start … some of it is different dates there.
EM: There's March 1914; July 1914; May 1914.
DW: Okay, it says there that this money would be redeemed with bank notes not less than five pesos each. It says so on the back. I don't know what he put up as collateral, but I think it was the money itself. You see, the people in the town would honor this money.
EM: No less than five pesos it says here. Your father has signed these. This is fascinating. How long was that in effect?
DW: That money was only from, until … issued only those months, after the European war started , we didn't issue any more.
EM: Let's see. March, May and July. Probably July, then sometime in July.
DW: Yeah. I didn't know anything about this money when I went down … I had heard … But I had never seen any of that money. I had heard about it. Because I was at school at that time. Up in Canada. When I went back to Mexico, on a trip, about ten years ago, I went to this little town and this fellow had rolls of this money. He said, "You'd be interested in this." He showed me. "My goodness, I'll buy 'em from you." He said, "No, you can have 'em. I'll give 'em to you."
Then I had my friends buy every bit of the money available. So they bought it. I got 250 of these bills.
EM: You did. I suppose for collectors. People who collect things like that?
DW: Yeah, but he had 'em there; didn't use them anymore but if I had to buy any more I'd have to buy two pesos for one dollar because that's what they were then.
EM: I want to put this on the tape. Each bill of different denominations, each bill says Hacienda Miramar. Then Misantla, Vera Cruz. And they're in denominations of 50 centavos, 1 peso and 2 pesos.
DW: I don't think there were ever any higher than that.
EM: They're signed Douglas Weatherston.
DW: Some of them were printed, the name was printed and some of them written. I have some that he actually signed.
EM: This is signed. The dates … I forgot to put that in … March 20, May 20, and July 1 of 1914.
DW: Yeah. 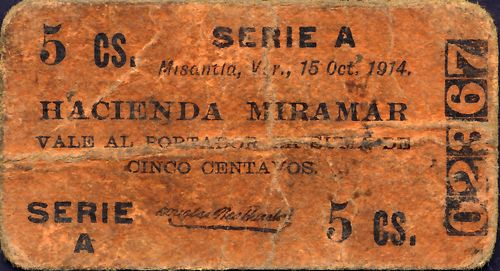 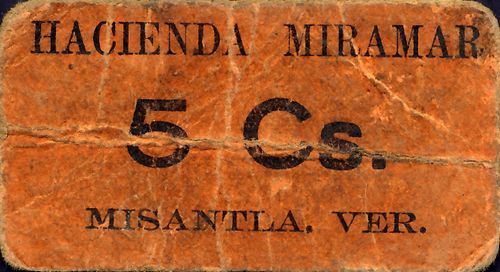 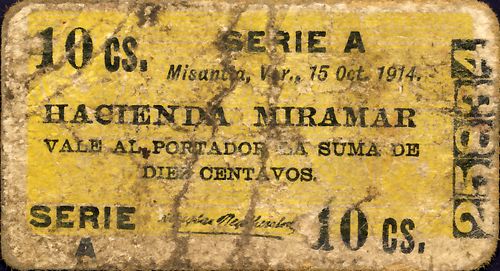 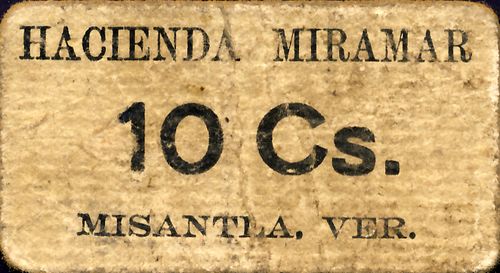 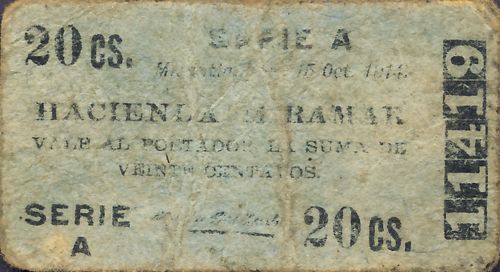 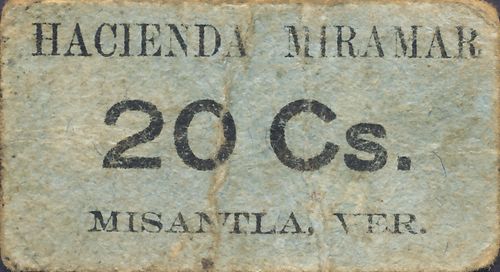 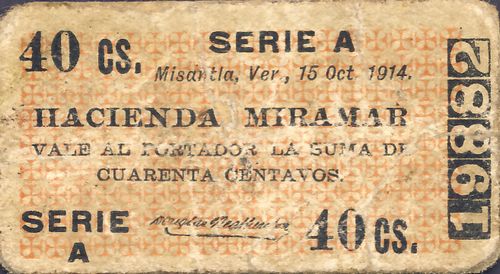 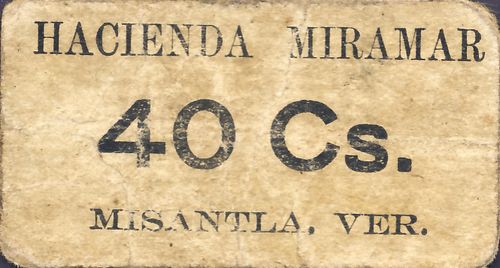