In 1922 the state government planned the creation of a road from the capital to Moyahua, with a branch from Malpaso to Jerez. To fund it on 30 May Governor Donato Moreno, in his decree núm. 170, inter alia, authorised the Consejo de Administración de las Carreteras del Estado de Zacatecas to issue a series of vales of 5, 10 and 50 centavos and 1, 5, 10, 50, 100, 500 and 1,000 pesos, in a sufficient amount to pay for the carriageway, stations, warehouses, trucks and every other necessity. These would be al portador, would carry an interest of 5% until the road was completed and could be used to pay taxes. 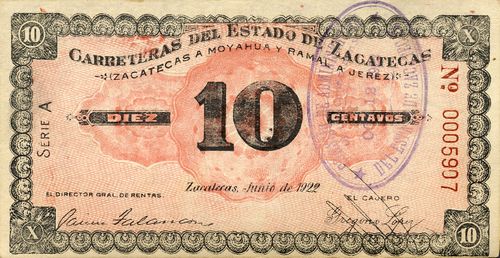 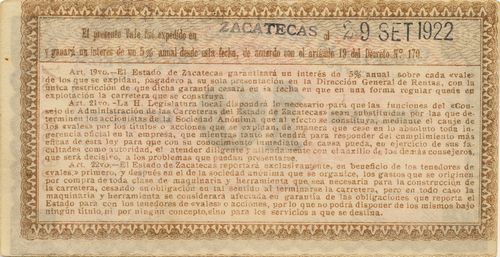 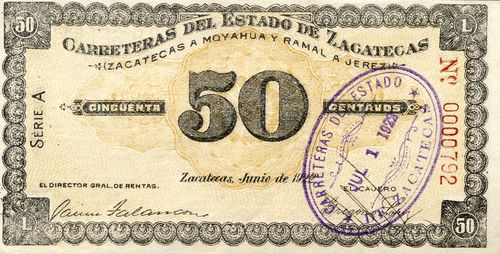 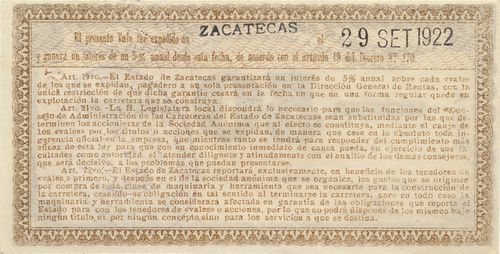 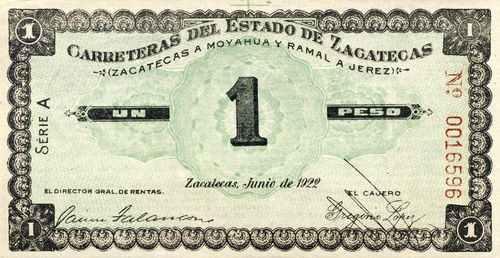 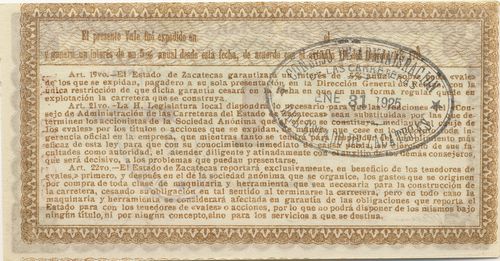 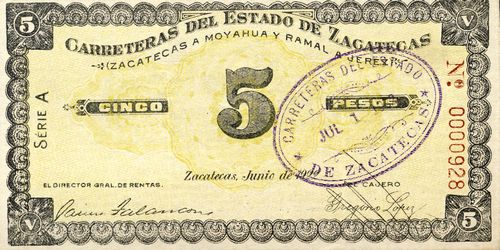 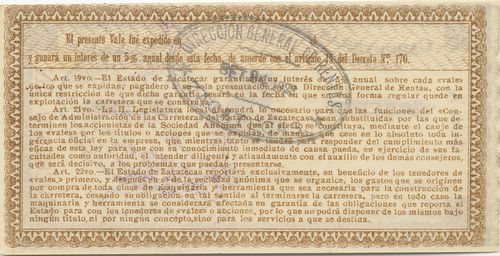 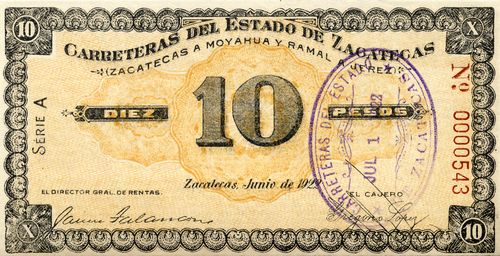 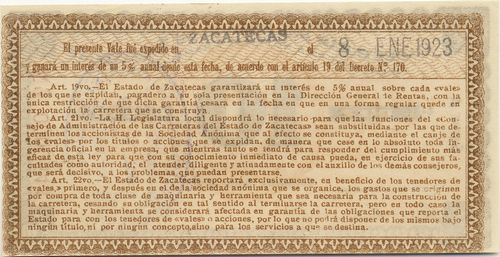 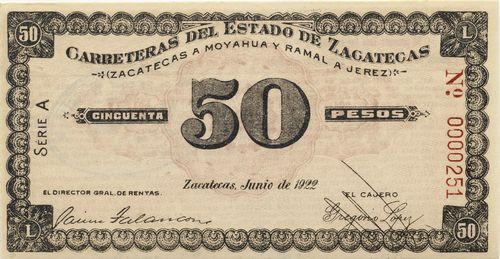 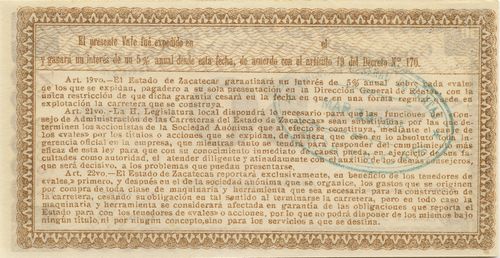 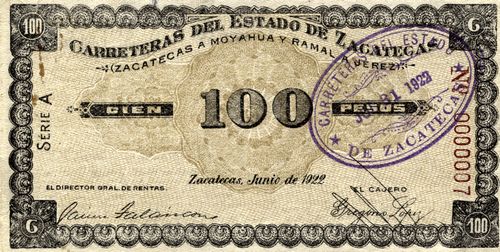 These are signed by Jaime [           ][identification needed] as Director General de Rentas  and Gregorio López as Cajero.