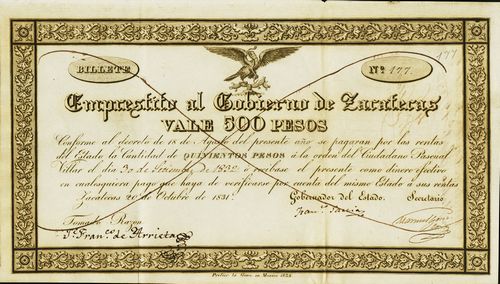 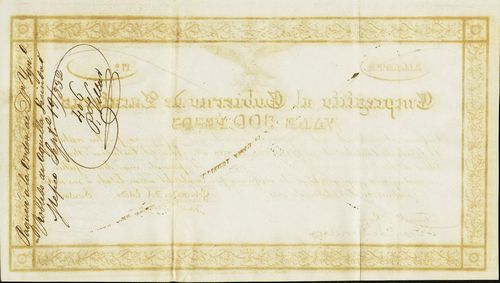 On 18 August 1831 the state government authorised the creation of certificates to cover a loan (empréstito) it was making[text needed]. The text stated that these would be accepted as legal tender (dinero efectivo) in any payment made to the state or be redeemed on a specific date. They were signed by the governor, Francisco García Salinas, and secretary, Manuel Gómez, and judicially acknowledged (tomado rázon) by Francisco de Arrieta.

Given the fact that the notes are entitled BILLETE, refer to legal tender and might have been negotiable, they can be considered as a form of paper currency.